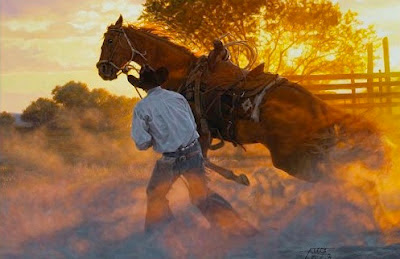 I have written so much on this blog over the last six years; mostly I've written about love. And I can see now that my preoccupation with love, sex and romance came from my hunger, and that hunger came from being starved. Not because I was denied by others, but because I denied myself.

Perhaps it was simply a matter of timing; perhaps I was just not ready for more. Clearly I was ready to hold myself back. I was ready, not for someone to arrive, but for someone to leave and for something to break. What I craved was the thrill of uncertainty, of being kept in the dark, kept on my toes, guessing, even mistreated. I was ready to continue my rein as the queen of Broken Hearts.

Last winter, a man resurfaced into my life after twenty-seven years. He had been enamored with me for a brief moment in time, and when we were young we kissed one night on the church steps, then he left a dozen red roses outside my door.

Twenty-seven years later, the old flame, that for me had barely been a spark back then, was ignited. And if I'm honest, I saw red flags the night of our reunion that would have made a wiser woman run.

After we dined together in New York in spring, I went to him in summer. I went because I liked him well enough, because he wanted to see me again, because after he returned home he called me "My Love," and paraphrased Shakespeare in an email, and because he said his Sunday would have been sweeter had I been there to share it. I went to him because he couldn't schedule coming back here, and because he wanted to take me to the seaside. I went, not because I knew he was The One, but because I knew if I didn't go, I would always wonder if he was.

I went to him because I ignored the voice that kept telling me, Don't go.

I don't need to relive the moment I saw him again in summer, how, after all those miles I traveled and all that money I spent, there was hardly a smile on his face when I arrived. I don't care to remember, but I do remember, how he didn't offer to help with my bags, ran five steps ahead me, and flinched when my arm brushed against his in the car. I don't need to describe how I felt when he made it clear, that although there would be plenty of wine this time around, there would be no more roses and no more romance, because regardless of how remarkable a woman I was, he was as closed to me as a New York City liquor store on Sunday.

I didn't expect to fall in love when I was there, but what I expected even less was to be treated like, and even told I was a stranger to him. When I woke up on the fourth and last day of what was to be a week-long visit, I knew I could not spend another moment in his company. I also knew he would be the last man on my list of wrong men.

Then, almost immediately following what I would call that "Awakening," I met someone. At first I couldn't recognize him. He wasn't married, or half my age, or unemployed, or emotionally damaged, or neglectful, or toxic, or unsure how he felt about me. At first I fought him, gave him a little kick, then I tried to bite, but he wouldn't go. Then, like a wild filly after her first hours trapped inside a pen, I slowly began to surrender. Me, the neglected and mistrustful mare and he, the steadfast, determined, and gentle Whisperer.


After a lifetime of being fascinated, confused, thrilled and tormented by love, love is no longer my story. Love is no longer my theme or what I do best, or something I crave, or the thing that eludes me. Love is mine, and whether this particular love lasts a lifetime or for one more day, it's as it should be:  kind, passionate, and present.

When I comb the pages of this blog, the pages of the last six years of my life, I can now see a trail, a path. I now have a detailed map of my journey to love, and all the roads and roadblocks it took to get here.

How Deep is Your Love was the song playing on the radio when I had my very first kiss at fourteen, and all the kisses since then have shown me just how deep, and just how shallow love can be.

Love is no longer what I look for or long for; it's what I give and it's what I get. Love is not a Shakespeare quote recited by a man with a Do Not Disturb sign on his heart, it's waking up beside a man who's heart is wide open. Love is not given in promises, it's the promise of being seen, and when we no longer accept swimming on the surface, love is not shallow, love is the deep water we find.